The History of Leander 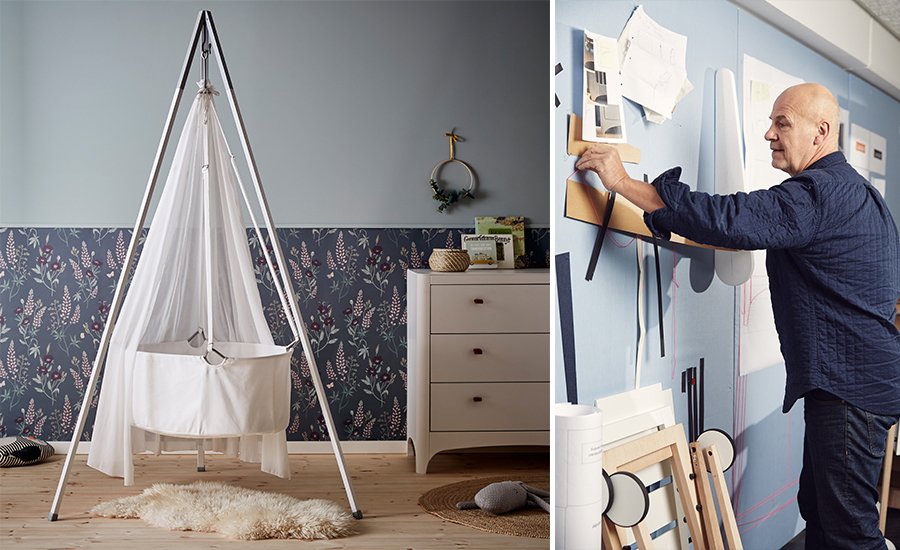 Telling the story of Leander never bores us. It all started in 1998. Stig Leander, who served his apprenticeship as blacksmith, had for some time worked on developing a dining chair with replaceable seat and back. While his work progressed, his sister-in-law became pregnant with twins. And with the pregnancy, an idea came to life.

Has anyone developed a cradle or cot that sooths and stimulates a child’s development? Stig kept asking himself that question over and over again. In fact, he thought about it so much that he eventually decided to find the answer himself. By using cardboard, glue and thread, slowly an idea started to emerge. The same goes for the history of Leander. A company was born.

IT HAS TO MAKE SENSE
The Leander cradle grew from a need and from a wish to create simple and functional furniture. Stig Leander had seen what nobody had seen before. He saw the vision of a cradle that would offer something new. In design and function. Only a year after the first models were ready in the workshop, the first Leander cradles were available in stores in Denmark. And within only a few years, the idea grew from one man’s idea and one product into an entrepreneurial adventure and later became an international furniture and textiles manufacturer with activities in more than 30 countries.

Stig Leander’s ability to see and unite shape and function has created a unique range of furniture for children. A range that is strong enough to stand alone - and a range that is much more than merely furniture.

THE PHILOSOPHY BEHIND THE DESIGN

We believe in shape, function and honest materials. And that the best ideas emerge from a need; a problem that needs to be solved. We still keep to the same design philosophy it all began with. That design and function have to come together. That each item of furniture should fit the child and never in reserve order. Leander is no ordinary furniture manufacturer. Leander is a way of thinking. A feeling. And approach to materials, designs and function.

We are not sure what tomorrow brings us. But one thing is sure: The history of Leander has just started.

All prices are recommended retail prices incl. VAT in the European countries